The most accurate temperatures – measured in: Fulda

Klasmeier in Münsterfeld has been a synonym for the highest precision in calibration and measurement technology for over 35 years.

Did you know? Germany’s most accurate privately operated temperature calibration laboratory is located in Fulda.  This means that for many commercially available brand-name products – whether it is a clinical thermometer, a washing machine, an oven, the temperature display in the on-board computer of an aircraft or in the display of a car – there is a connection to Fulda, or more precisely to Klasmeier Kalibrier- und Messtechnik GmbH. Because with our services, it can be guaranteed that the temperature measured or displayed in the instrument also corresponds to the true temperature according to the national and international standard. Measurements with chemical elements such as zinc,
Aluminium or Gallium

When you enter the bright and large laboratory of Klasmeier GmbH at Flemingstraße 12-14, the first thing you notice is the comfortably cool air: Here, the room temperature is kept at a constant 22°C to ensure optimal operation of the ultra-modern calibration equipment. The various calibrators are designed very differently and offer the right solution for every calibration job: there are dry block calibrators, calibration baths or calibration ovens – and measurements are done with very different chemical elements, from high-purity water to silver, mercury, zinc or tin to less well-known elements such as argon, gallium or indium. 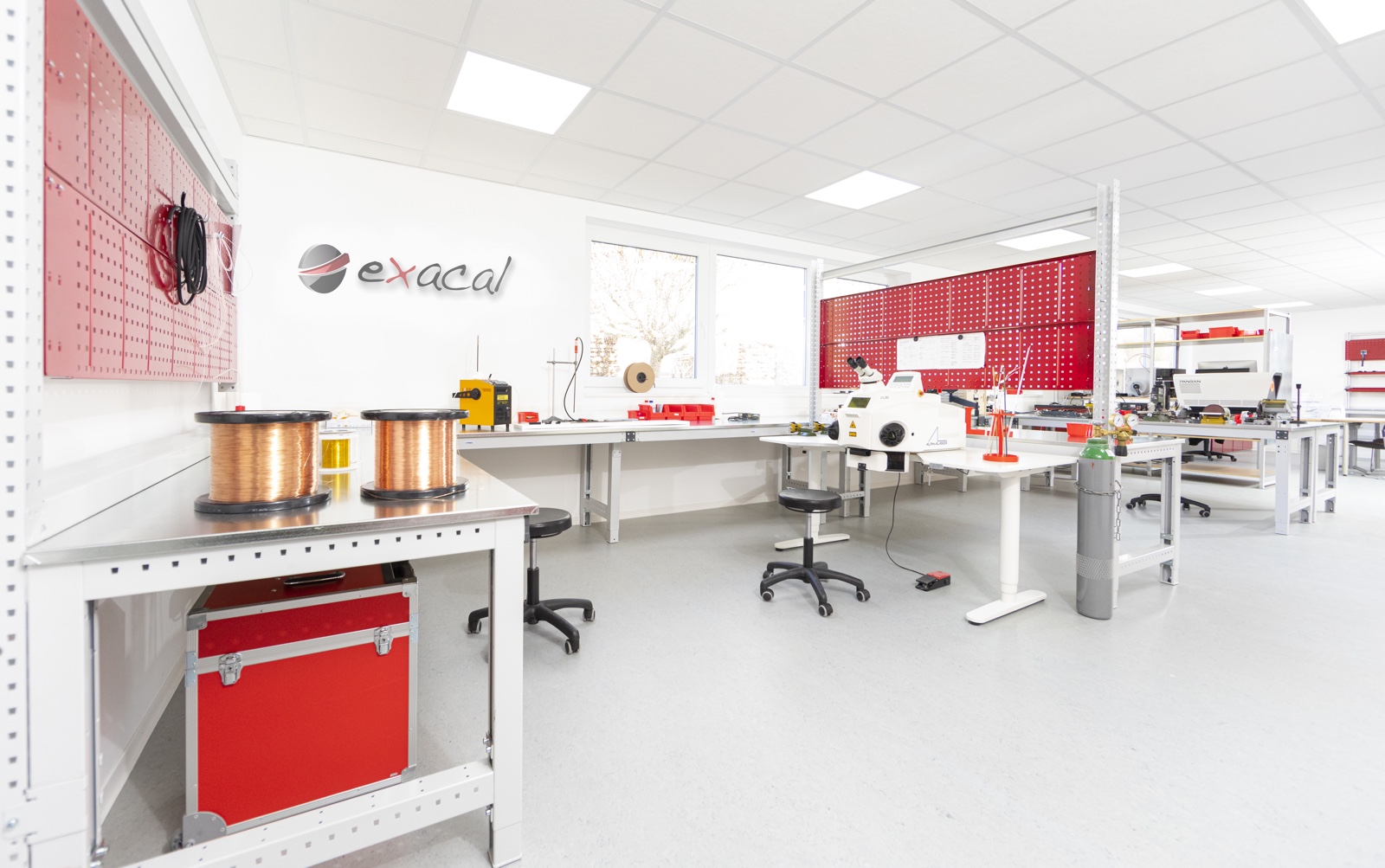 Directly opposite the laboratory is the in-house manufactory where eXacal precision thermometers are carefully handmade. “At some stage, we reached the point where we could no longer find any customised, accurate reference thermometers on the market for our measurements. So in 2015, with four years of development work, we started to produce thermometers ourselves that can be used for precise temperature measurements or as a laboratory standard in a temperature range from -200°C to 1200°C,” explains Managing Director Thomas Klasmeier.

More about the eXacal manufactory Wide customer base from industry and research

The graduate engineer took over the management from his father Peter Klasmeier five years ago. Since then, Thomas Klasmeier has continuously expanded the portfolio: In addition to sales including maintenance and service of calibration equipment, the family business now also offers calibration services as well as the manufacture of precision thermometers and training seminars. In addition to industrial companies from the automotive, aerospace and electronics sectors, customers also include research institutes and universities, all of which are happy to work with the precision experts from Fulda.

Company founded in 1986 by Peter Klasmeier

“It all started in 1986 when my father went into business for himself as an engineer and developed and sold customised calibration technologies for companies. Before that, he had been responsible for the development of thermometers at a larger company in Fulda. He had been concerned with the question of how precisely thermometers can really measure,” Thomas Klasmeier looks back on the birth of the Klasmeier company. At that time, the word “calibration” did not even exist: “At that time, the verification of whether the thermometer data actually corresponded to the temperature was carried out by so-called – Eichämter – , which no longer exist today. Since then, Klasmeier has continued to grow – and with it the number of employees, from a single office worker at the beginning to a 15-person team. “We have been leading the market in temperature calibrations for a long time, no one can do it as well as we can,” says the graduate engineer, not without pride. But what actually is a calibration? “In a calibration, we check the thermometer for its accuracy, for example with a higher-quality reference thermometer.” The Klasmeier laboratory then provides a calibration certificate with an accreditation symbol for this. “In our accredited and manufacturer-independent laboratory, we calibrate temperature standards with the smallest measurement uncertainties in the DAkkS. For this, we go through an expensive and complex accreditation procedure on a more or less permanent basis, which is valid for five years and has to be reviewed every 18 months. With this national accreditation, we also have the globally recognized accreditation of ILAC MRA, an international association of accreditation authorities,” adds the graduate engineer.

More about the calibration service “We perform a comparison calibration either in the temperature range from -196 °C to 1200 °C with highly accurate reference thermometers or a fixed-point calibration in a temperature range from -189 °C to 961 °C,” Thomas Klasmeier gives an idea of the secrets of thermodynamics. Fixed-point calibration? “Temperature fixed points are fixed, unchanging temperatures on which the temperature scale is based. Anders Celsius already did this in the Celsius scale and thereby defined that, for example, the temperatures at which water changes from a solid to a liquid or from a liquid to a gaseous are defined at 0 °C and 100 °C,” says Thomas Klasmeier. But such fixed points also exist for other chemical elements, for example for aluminium, which has a freezing point of precisely 660,323 °C.

More about the calibration service

“And for those who like it a bit more technical: in addition to temperature measurements with the two fixed points of melting and solidification, there are also so-called triple points, i.e. when three different states of physical aggregation are simultaneously present. Such measurements are then more precise, but of course also much more complex and cost-intensive. If we make a measurement with high-purity water using a triple point, another component must be added – the pressure, because in our standard atmosphere, water does not have the simultaneous state of liquid, gaseous and solid. This is only possible at 0,01 °C and about 6 millibars,” explains the graduate engineer, who by the way does most of the training himself in the seminar room at Klasmeier GmbH. “The knowledge we teach here is so highly specific that it is not usually part of an engineering degree. Accordingly, the participants come not only from industry, but to a large part from research, for example from universities.” Klasmeier was the first provider in Germany to organize seminars in Fulda as early as 1994 – in the meantime, around 1600 participants have been able to receive their training certificate.

More about the temperature seminars